Back to Case Studies

It isn’t every day a job we work on a job that needs special permission from Her Majesty, The Queen.

A recent project with Wooldridge & Simpson saw just that! The full project entailed the design and build of new and improved facilities for the gardener at St Peter-in-the-East Church (for St Edmund Hall; a college of the University of Oxford), with us handling the construction. 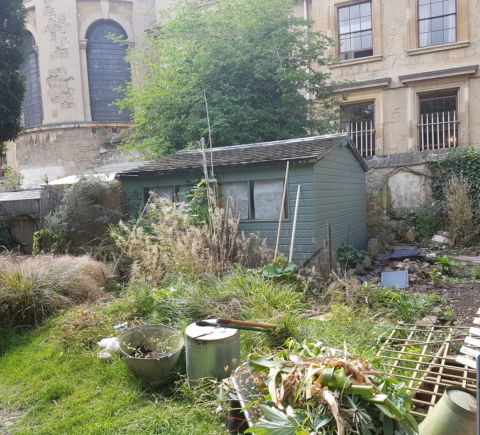 The site required a greenhouse, garden equipment store, storage space and a redesigned bicycle parking area. Gray Baynes and Shew Architects worked extremely hard on this project to produce a design that achieved planning permission back in 2013, but the project required further approval from the Diocese. The diocese could not grant permission for the project, as it was bound by the Disused Burial Grounds Act of 1884, which states it is unlawful ‘to erect any buildings upon any disused burial ground, except for the purpose of enlarging a church, chapel, meeting house, or other place of worship.’

For work to proceed, The Church of England had to change the law, which they recognised as being outdated. However, this process has several stages, one of which involves taking the proposal to Her Majesty as the Head of the Church. By the time royal permission had been granted, the original Council permission had run out. Collectively, Gray Baynes and Shew Architects and St Edmund Hall College reapplied with success. 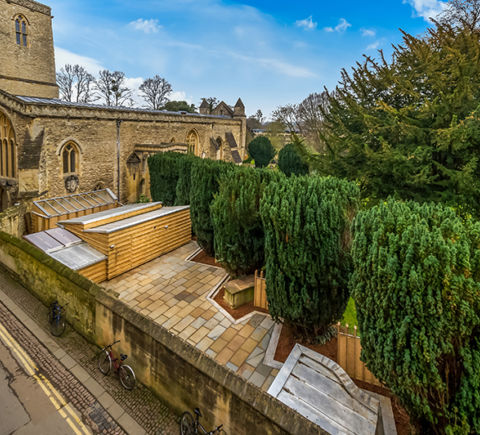 We were appointed to deliver the timber structures and surrounding landscaping. Because of the nature of timber, we were able to fit the new buildings and spaces around the existing site seamlessly. This is especially important on projects like this, when the surrounding buildings are of such architectural and historical significance.

I’m extremely pleased with how well the building work went; it’s a fabulous addition to the churchyard. The new buildings and structures fit in well with the surroundings and really enhance the area.

Enquire today Plan your next piece